For all their Vitamin C goodness, lemons have a bad rap. They are tartly and set your teeth on edge. When life gives you lemons, make some lemonade is a common adage that bluntly says that lemons are the dark cloud, and the lemonade – with sugar added presumably – is the silver lining you must look for in your lemons.  A 1960s folk song even calls the poor lemon fruit “impossible to eat” while declaring that the lemon tree is “very pretty” and the lemon flower “sweet”. Poor lemons, they can’t help who they are. And frankly many of us love them just as they are. They go great with gin and tonic, and add zing to the fried fish (they mask the fishy smell too).

But if you are one of those people who holds sourness against lemons, then a West African berry that numbs your taste buds so that things taste sweet could be your new best friend. The berry, known to science as Sideroxylon dulcificum, caused a craze in 2008 called “flavour tripping” according to the New York Times with parties organised where people would wolf down sour food without a care because they tasted sweet.

“Popping a squishy red miracle berry into your mouth is almost like hacking your taste buds. For up to an hour, the juices coat your tongue and previously sour foods like lemon and vinegar magically taste deliciously sweet.” Wired Science reports

The berry has a low sugar contentand an almost neutral taste. But it contains a protein called miraculin. When the fleshy part of the fruit is eaten, this molecule binds to the tongue’s taste buds, causing sour foods to taste sweet.

Miraculin has been extracted and sold since 1968, but exactly how it caused the sour to sweet conversion has been unknown. Now Wired Science  is reporting that scientists have cracked this mystery. A team of researchers from the University of Tokyo have published a paper explaining it here.

Keiko Abe the lead researcher has said the miracle berries could have very important uses. “We are interested in a large-scale production of miraculin because it has a good, sucrose-like taste and combines a non-caloric property, since developing a safe sweetener for anti-diabetes and anti-obesity uses is of pressing importance.”

Part II The story behind the picture: "I met Dr. Sylvia Earle when I was 9 years old when she came to Seychelles for the first time as a PhD student on the Anton Braun, which was a research vessel that had come to the Indian Ocean. She then met my dad (Kantilal Jivan Shah) when they were here and they became lifelong friends and we kept in touch for a very long time; she visited my dad several times. When I was in the US doing my graduate work, I visited her home in California, she showed me a very exciting thing at the time. She had one of the first 2-man submersibles in her swimming pool and I even went in it in the swimming pool. It was one of the early designs, it was an amazing thing. I kept meeting Sylvia at conferences and so forth, and I'm so happy to have met her again in Seychelles. It is a really wonderful experience to have known this amazing woman for such a long time." - Dr. Nirmal Shah, Nature Seychelles Chief Executive ⠀ ⠀ ⠀ @mission_blue #SylviaEarle #ocean #seychelles #oceans #sea #sustainability #Sgds #sustainable #marine #protection #conservation #oceanconservation #marineconservation #champion #inspiration #legend #explorer #amazing #wildlifeonearth #nature #naturelover #blueplanet #optoutside #adventure #explorepage #exploremore#discover #discovery #earthpix
Nature Seychelles' Chief Executive Dr. Nirmal Shah met with ocean champion and legendary oceanographer Dr. Sylvia Earle. Dr. Earle is in Seychelles to film for part of a BBC program in partnership with Rolex, which focuses on the current state of the ocean and the latest global research investigating what can be done to protect it. Seychelles has achieved 30% of ocean territory protection ahead of global targets as a result of its Marine Spatial Planning (SMSP) Initiative that is aimed at supporting the sustainable and long-term use and health of the waters throughout the Seychelles Exclusive Economic Zone (EEZ) and Territorial Sea. ⠀ . . . @mission_blue #SylviaEarle #ocean #seychelles #oceans #sea #sustainability #Sgds #sustainable #marine #protection #conservation #oceanconservation #marineconservation #champion #inspiration #legend #explorer #amazing #wildlifeonearth #nature #naturelover #blueplanet #optoutside #adventure #explorepage #exploremore
Swim, little one.⠀ Hawksbill turtle hatchling sets off for a life in the ocean on Cousin Island Special Reserve. ⠀ ⠀ 📷 Chris Tagg⠀⠀ ⠀ #cousinisland #seychelles #seaturtles #conservation #criticallyendangered #turtle #hawskbillturtle #hatchling #turtles #turtlesofinstagram #turtlepower #reptiles #animalplanet #babyanimals #cuteanimals #animallove #animalsofig #cuteanimal #babyturtle #reptile #turtlepower #animalplanet #animallovers #outdoors #ocean #sand #beach #mothernature #island
Nature Seychelles' Reef Rescuers (@chloeloves___ and @marine_eco7 ) were last year filmed for @arte.tv 's coverage of Seychelles and its work with protected areas for a sustainable future. Thanks to ARTE TV for covering our efforts with coral reef restoration in the marine area of Cousin Island Special Reserve. And many thanks to Edith Hunzinger director of @seychellestourismboard 's office for Germany, Austria, and Switzerland for organising for the coverage. The program is now available to watch online from 10/02/2020 to 11/03/2020. Please see the link in our Bio. ⠀ The next broadcast on ARTE is on Friday, February 21st at 11:00 am.⠀ ⠀ #coral #reef #restoration #cousinisland #seychelles #seychellen #german #french #TV #media #coralreef #fish #batfish #tropicalfish #reeflife #ocean #sea #reef #marine #underwater #diving #scubadiving #diver #underwaterphotography #underwaterphoto #underwaterworld #underwaterlife #conservation #nature #oceanlover
"Until one has loved an animal, a part of one's soul remains unawakened." ― Anatole France⠀ ⠀ Happy Valentine's day !⠀ ⠀ 📷 @lorenzorossato (lorenzorossato.com)⠀ ⠀⠀ #happyvalentinesday #cousinisland #seychelles #tortoiselove #aldabragianttortoise #tortoise #tortoises #tortoisesofinstagram #reptile #reptiles #reptilesofinstagram #tortoiselife #photography #wildlife #wildlifephotography #animalphotography #nature #naturelover #instaanimal #instanature #wildlifephotographer #nature_shooters #conservationphotography #conservation #bootcamp #wild #animals #valentines #sharethelove #dogoodfeelgood
@airseychelles_hm has announced that its second Airbus A320neo aircraft will be named "Pti Merl Dezil" after the Seychelles warbler!⠀ ⠀ The Seychelles warbler (Acrocephalus sechellensis) is a tiny endemic bird of Seychelles at the heart of an amazing conservation success story.⠀ ⠀ The warbler became one of the world's rarest birds in the 1960s when its population slumped to just 26 individuals, all on tiny Cousin Island. Thanks to the purchase of that island for conservation in 1968 by BirdLife International the bird's fortunes turned. The combined efforts of conservation and scientific research took the songbird from near extinction on 1 island to thriving on 5 Seychelles islands with a population of over 3000 individuals. The warbler was reclassified as Near Threatened from Critically Endangered in the IUCN Red List in 2015.⠀ ⠀ 📷 Air Seychelles & @charli.davies ⠀ ⠀ #birds #conservation #seychelles #airseychelles #aircraft #cousinisland #seychelleswarbler #success #story #travel #tourism #tourist #visiting #tour #visitseychelles #birdlife #birdsofinstagram #birding #nuts_about_birds #birdlovers #birdfreaks #pocket_birds #birdextreme #wildlife_perfection #igbirds #parakeet #bird_brilliance #birdlover #feathers 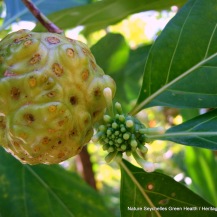 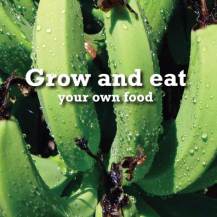 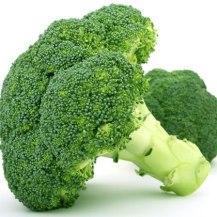 The key to surviving radiation may lie in Broccoli 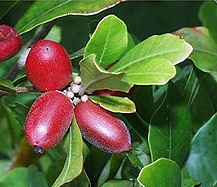 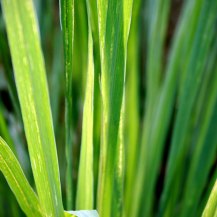 Lemongrass will stop those fiends

an apple a day…

oil obtained from radish seeds is also used in a number of products and beneficial health applications.

It was a wonderful experience for all

Paleofantasy: What Evolution Really Tells Us About Sex, Diet, And How We Live 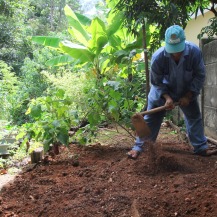 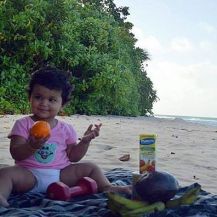 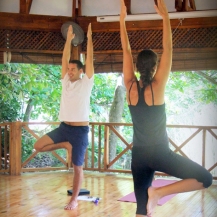 Eat me, am a raw cabbage 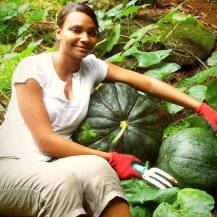 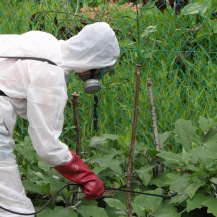 cocoa butter and milk fats are replaced with fruit juice Image via sxc.hu

combine exercise with resting or doing yoga or gentle walking

Canned has just as many ingredients?

fruits and vegetables have carotenoids which have anticarcinogenic properties 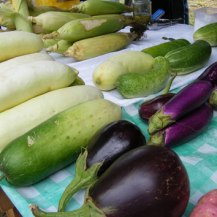 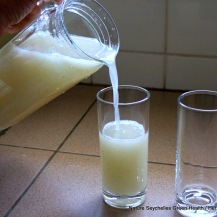 The centre is surrounded by beautiful views

Plants can have aesthetic, culinary, medicinal, and biodiversity value 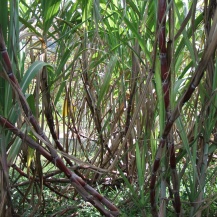 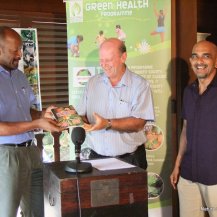 3.5 million years ago the diet shifted (Image via Stock.Xchng)

Using a flame to singe the hairy caterpillars

where will the food come from? (Image: sxc.hu)

Organic harvests are good for you 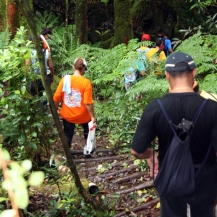 Walking is popular in Seychelles 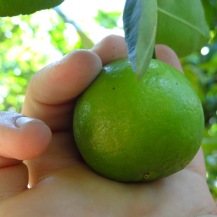 Fresh lime being harvested at the Heritage (organic) Garden

Meditating with the rising sun 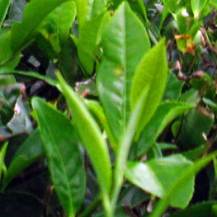 …for smoother and better hydrated skin? 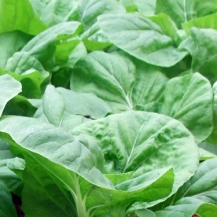 Lemon juice is used to even out skin tone 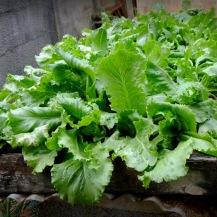 All around the garden Lucina has fruit like this passion vine 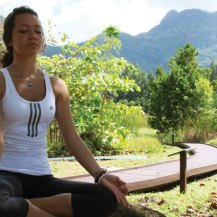 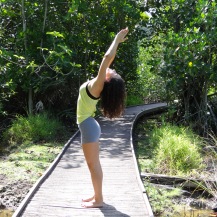